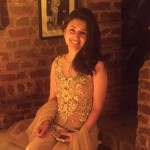 Get The Van Gogh Living Experience is acclaimed as one of the most famous artists in the world. He was a Dutch painter, known for his remarkable work on Expressionism, Fauvism and early abstraction. Whether, you have known him from his most celebrated painting The Starry Night, or from that weird story about how this so-called mad artist cut off his ear, his work is still celebrated today.

To honor the artist and the ‘Van Gogh & Japan’ exhibition at a nearby Van Gogh museum, the Conservatorium Hotel in Netherland has launched two exclusive Van Gogh Suites and the Van Gogh Afternoon Tea.

The Conservatorium Hotel is known as the topmost luxury hotel in the Netherlands. Located in Amsterdam, within 200 meters of the Museumplein and the famous Vondelpark, it is an architectural masterpiece endorsing not only a landmark heritage building but a contemporary design as well. It opened first in 1897 and was home to one of the most prestigious musical institutes in the city. Celebrating the duration of the Van Gogh & Japan exhibition, the hotel has introduced its Van Gogh Suite package. The exhibition showed how without even visiting Japan, Van Gogh was able to depict his incredible understanding and admiration of that part of the world in his work.

Moreover, the Van Gogh package by The Conservatorium Hotel allowed the guests to book the Van Gogh Suit from the 23rd of March to the 24th of June, 2018, and indulge in the complete Van Gogh experience. While they witnessed the influence of Japanese printmaking on Vincent van Gogh at the exhibition, they were able to enjoy a complete van Gogh themed retreat at the Hotel.

The Van Gogh Suite allowed the guests a complete experience of the artists’ artwork and life. Here are few features that made this Van Gogh Suite so special

The guest was given the option of selecting which Van Gogh artwork they would like to see in their room. They could choose from the ‘Courtesan’, ‘Almost Blossom’, ‘Self Portrait with Grey Felt Hat’ and ‘Flowering Plum Orchard’ for their room and were able to enjoy these beautiful pieces of art in direct juxtaposition with the incredible view of the city.

It is interesting to note that the suite included several pieces that were inspired by Van Gogh’s work. In addition to having his artwork displayed in the suite, the bedsheet and pillows were all in sync with the overarching Van Gogh theme. Even the teapots and teacups used to serve tea in the room featured important elements of Van Gogh’s art.

Guests were allowed to leave their mark on the room by decorating an aquarelle set and guestbook placed in every room. Moreover, they were also welcomed with a letter from Willem Van Gogh, who is the nephew of Vincent Van Gogh and the founder of the Van Gogh Museum.

The package also features the connection between Van Gogh and Japan by offering a Japanese-inspired afternoon tea. You can also find the special menu quoting Van Gogh’s special quote about Japan, “I envy the Japanese for the extreme clarity that everything in their work has”. The menu by Executive Chef Schilo van Coevorden is both exotic and delicious, featuring some unusual culinary delights such as the brioche pillow, the shiso ice cream, yuzu marmalade, and sesame caramel scones.

The Van Gogh Package was not only a great initiative undertaken by The Conservatorium Hotel to honor the artist and his connections with Japan, but also a great opportunity for its guests to acquaint themselves with the artist’s work.